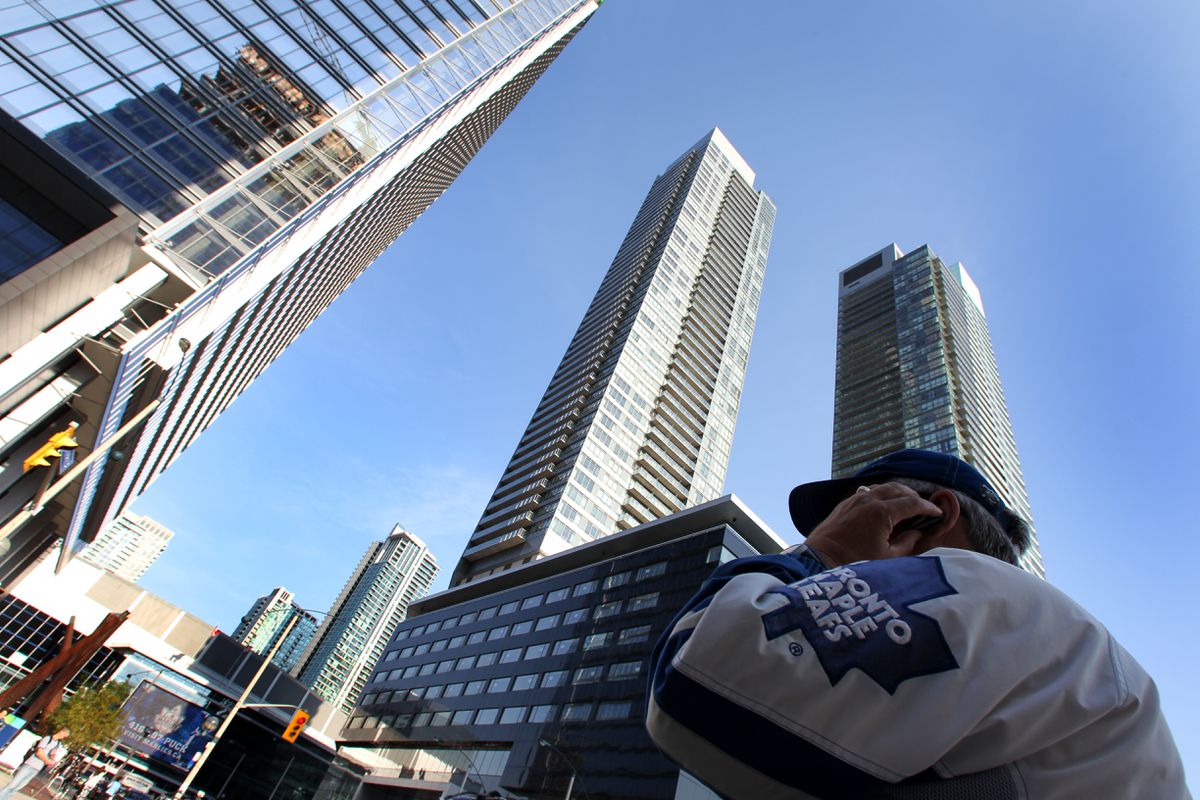 Normal-sized condominium buildings come with a host of well-known upkeep and maintenance challenges as they age, but a relatively new form of supertall towers pose entirely new categories of risk precisely because so little is actually known about them.

There are just a handful of so-called supertall residential buildings in Canada today but there are at least 10 more in various planning and building stages in Toronto alone, including the 95-storey Concord Sky project at Yonge and Gerrard streets and star architect Frank Gehry’s proposed Forma complex of 84 and 73 storey towers, in the old theater district on King Street.

Sally Thompson, principal at Synergy Partners, says engineers like herself have learned a great deal about high-rise construction in the 30 years she has spent advising condominium managers on reserve fund studies that aim to predict the likely wear and tear in these owner-occupied structures. But the scale of the supertalls threatens to destroy everything the industry thinks it knows about what’s a reasonable budget for a repair.

For example, a recently built Toronto supertall condo she was consulting on had a line item in its budget of about $15,000 every 20 years for potential repairs to a crane assembly that was installed on the roof of the 65-storey to allow tower workers to clean the windows.

“I always laugh about that particular crane: So that crane includes hydraulic cylinders that allow it to extend out over the wall so that the stage can drop down,” Ms. Thompson said. An ingenious design, but the crane has a weight limit on what it can lift that is lower than the weight of even one of its own cylinders. “When a cylinder needs to be replaced to fix the crane, the crane can’t haul it up. So we would need to build a derrick crane on the roof in order to haul up the cylinder to repair the permanent crane. That is going to be $250,000 to build, and each of those cylinders is $60,000 to replace.” Not only that, but the permanent crane also can’t lift even one of the building’s curtain-wall glass panels in the event that one needs to be replaced. So, once again, temporary cranes would be needed. “The repair costs are just immense and our industry is not used to budgeting for those.”

There’s no set definition for what makes a high-rise a “supertall” though there are now elements of Ontario’s building code that defines a supertall as a building “that is 65 or more storeys in building height or more than 250 meters in height.”

As the economics of planning permissions and land prices in cities such as Toronto continue to favor ever-taller buildings in relatively limited areas, supertalls are growing in number. But their form necessitates lifestyle compromises that may also limit their appeal.

Rylie Cook, a sales representantive with Re/Max Hallmark Ltd., lived in a supertall for two years, one of the Ice Condos on York Street in downtown Toronto. Enticed by the magnificent views in the sales brochures, he nevertheless couldn’t move into his unit initially because a building fault kept the window on his Juliet balcony from closing properly and the high winds 44 storeys up created a constant shrieking whistle in the apartment .

“This is not going to go well,” he told himself. And indeed one of the first drawbacks of supertall life was the building’s constant battle to keep the six elevators in working order. “You’d have people coming down from the 67th floor and by the time the elevator reached 44, it was full,” he said. The same thing would happen on the way back up: “I’d see lines out front of the building.”

Mr. Cook, who has lived in a half-dozen Toronto condo buildings over the years, also noted the super-sized building didn’t seem to budget for its scale.

“I live in a 12-storey building now, and we have the same size property management team as a 60-storey building? It’s a huge issue. We’re asking them to manage 10 times more property,” he said. “When you have 140 stores collectively [in two towers] trying to use the same amenities, you go to the gym at 5 pm and you’re lining up just to get into the shower room. That’s something that made me realize living in supertall wasn’t for me.”

Budgeting for maintenance and repairs in condominiums of all sizes is an ongoing push and pull between keeping costs low today without leaving owners holding the bag of underfunded repairs down the line. Ms. Thompson has been urging the Ontario government to create stricter rules to guide the mainly volunteer boards made up of apartment owners to keep them from underestimating their needs, a problem made more acute by the scale of the new class of supertalls.

In February, the Canadian Institute of Actuaries (CIA) released a paper “Longevity of Infrastructure – Reserving and Risk Management in Condominium Maintenance in Canada” that looked into the likely repair needs and financial preparedness of condominiums across the country. Its case-studies focused on a normal high-rises (less than 50 storeys) and townhome complexes, but nevertheless found wide-spread underfunding compared to their likely needs. The CIA estimated that there is a 10 per cent chance a three-year-old condo building will need a special assessment – ​​where every owner in the complex pays a proportionate share of an excess cost related to building maintenance – which rose to 47 per cent within 20 years and a 54 per cent within 30 years. But one of its key recommendations focused on the reality that with a different legal regime in every province and territory and almost no effective oversight, the true physical and financial health of the multi-billion dollar stock of residential buildings is impossible to predict.

“There is a crying need to gather more data on this industry and have a higher degree of transparency,” the report warns.

Nathan Normoyle, vice-president of global operations with Access Restoration Services, says the elevator issues supertall residents deal with would only exacerbate costs to do any of the serious refurbishment or repair work his firm conducts in the wake of floods or fires. “Everything just takes longer, from assessment to scheduling to execution, due to the time to get up to a much higher-than-usual floor,” he said. “If the elevators are not functional or reduced operation in any way, there is a significant added expense to labor in either wait times or carrying material up and down the stairs.”

There are a few examples in the country that give hints as to the costs to refurbish a supertall buildings, but perhaps the most prominent example comes from commercial real estate where Brookfield Properties lead a massive re-cladding of the supertall First Canadian Place (72 storeys, built in 1975) that finished in 2012. Replacing the marble exterior with a white and bronze glass curtain wall, coupled with some overdue electrical, mechanical and interior decor upgrades, ended up costing more than $100-million.

It’s safe to say there isn’t a condo board in the country that has ever attempted any project at that scale, which is part of the reason Ms. Thompson muses that perhaps supertalls are too complex to be managed by volunteers. That said, she’s not saying it’s all doom and gloom, it’s just wise to be speculative about the unknown risks of a supertall investment.

“We can handle it as an industry, but it compounds all the existing problems,” Ms. Thompson said.

Your house is your most valuable asset. We have a weekly Real Estate newsletter to help you stay on top of news on the housing market, mortgages, the latest closings and more. Sign up today.