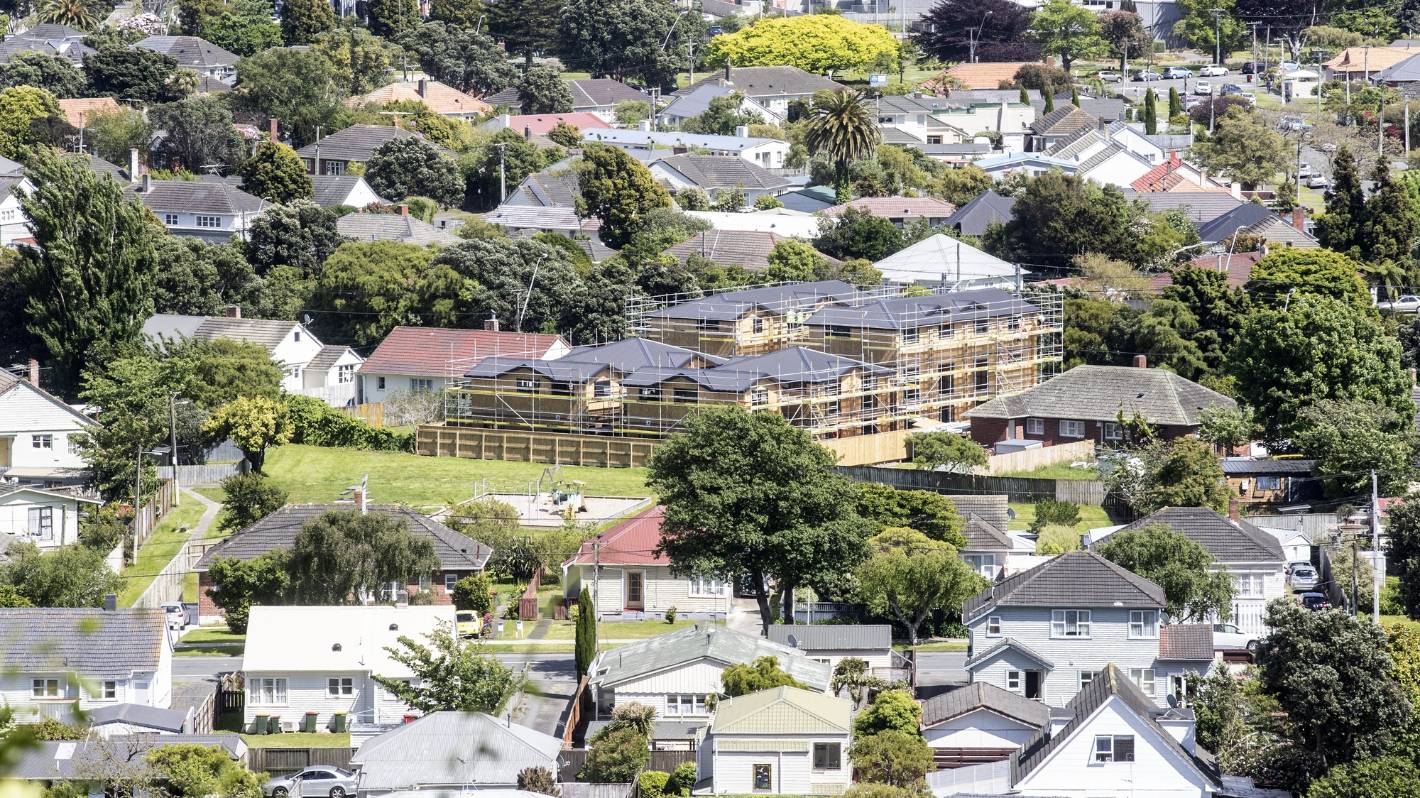 Few have escaped Wellington’s housing downturn as the vast majority of Wellington’s suburbs recorded a fall in price over the past three months.

More than a third of those suburbs have dipped by at least 1%, according to new CoreLogic figures. It’s a significant turnaround – at the beginning of the year the company’s annual report showed every suburb on an upward trajectory.

The reversal is most pronounced in the Hutt Valley, where eight of the ten sharpest drops have occurred. The Lower Hutt duo of Petone and Alicetown recorded the steepest decreases, 5.9% and 5.5% respectively.

Experts point to an old adage: the higher the climb, the harder the fall. “The growth in Lower Hutt, on average, was 25% last year alone,” CK & Co Realty managing director Diane Cummings​ said. “It’s just a correction from inflated prices.”

READ MORE:
* Wellington’s red-hot house prices are finally cooling … why, then, is no-one buying?
* The Upper Hutt suburb that went from ugly duckling to the biggest housing price jump in Wellington
* Is the Wellington region heading for a real estate correction?
* Grudging bargains: Wellington suburbs with the most affordable houses

Cannons Creek, where house prices have also been called inflated, isn’t far behind – with prices dropping by 5.4%.

Even a 5% decrease, it’s important to note, is a minor ding in the housing price armour. An equivalent decrease in Wellington City, for instance, would place the average house price at $1.13m – bringing prices back in line with April 2021.

Prices fell in 486 suburbs around the country – 51% of all suburbs – nearly doubling the previous three-month period, when prices were down in 246 suburbs.

“Lower Hutt and Upper Hutt saw big booms. They got more stretched, in relative terms. Therefore, there’s more scope for a downturn – which is what we’re seeing,” Davidson said.

He partially credited the changing behaviors of first-home buyers for those targeted dips. Where before there was a frenzied fear of missing out, now buyers were showing an abundance of caution.

“Those areas where first-home buyers have been really active [like the Hutt Valley] are where prices are starting to fall. It’s been compounded by some would-be actively buyers pulling back, waiting to see where prices end up.”

“Basically, the buyers and sellers have wildly different ideas about what a given house is worth. The actual price is clearly lower,” Zollner said.

“The standoff can last for a very long time. We’re seeing the air come very, very slowly out of the market, rather than in a rush.”

Investors were hesitant, too, due to factors like the tax deductibility rules, she said.

Timaru man Samuel Pearce found getting a mortgage and buying a house is no easy feat.

On the flip side, Cummings urged first-home buyers to squeeze together a deposit if they could. “If you’re planning on staying at a house for 15 years, it’ll all come out in the wash,” she said.

Buyers who held out too long with the hope prices might fall further, might instead find in the meantime interest rates climbed, eroding any real savings.

By comparison, someone who had bought in February, locking in a 4% interest rate for five years, would be “winning for five years”, she said.

It was a tricky balancing act for those on the cusp of home-ownership, he said. “There’s always some risk in waiting. Yeah, you might get a cheaper deal later, but in the meantime mortgage rates will probably go up.”

Put another way, the people who previously couldn’t afford a house are still struggling to buy one.

Seatoun remained the most expensive suburb in Wellington – with a $2.13 million median value – even after a 1.3% decrease since March.

Others expensive parts of Wellington – such as Roseneath, Wadestown, and Days Bay – also saw falls in over the past quarter.

CoreLogic’s mapping analysis showed prices dropping by 1% or more in 323 suburbs around the country, and less than 1% in another 163 suburbs.

Holding fast: ten suburbs that are keeping their value